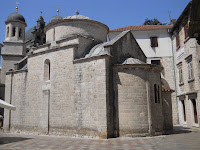 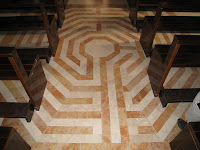 Well, as I told you before, our cruise aboard Royal Caribbean's Splendour of the Seas back in late August included many highlights. And I promised to give you some in-depth descriptions of what those were. But I thought it might be useful to tell you about the rest, the stops and places we saw that I have chosen to call the "low-points."

Now, it is unfortunate that, in designating some particular feature of a trip as being the highlight, other features of the same trip may be seen as just not that exciting or worth seeing. Certainly, that is not the case with the low-points here. Even on the days when we were not wowed beyond belief, we saw much that we enjoyed. And every stop was worthwhile. But some didn't stick in our minds as being the first thing we wanted to tell everyone about when we got back home.

And that's part of the reason that I want to tell you about the low-points first. There may be some things here that WILL be the thing that you'll treasure when you make your way to the Eastern Mediterranean. Or these places may appeal to you for some reason that has little value or appeal to us ("Wow, that island had the best stewed sheep's guts I've ever tasted!"). And here without any further ado I will present to you our cruise's low-points (and then we can get to the really great stuff in some posts to come).

Our first stop after leaving Venice was the old city of Kotor, Montenegro. Kotor is set in a very dramatic geographic setting, on a little triangle of land sticking out into a harbor surrounded by great rocky hills. The old city is your typical medieval city, surrounded by walls built by the Venetians during the time that Kotor was part of the Venetian empire. After entering the old city, we consulted our map which we just got from the tourism office, and planned out our walk through the historic center. It was very very hot that day, so we prized whatever shade we could find, which was not a lot.

Thankfully, again as typical with old medieval cities, everything was pretty close together. We first went to the Cathedral of St. Tryphon, an 11th century white building (well, everything in Kotor was pretty much white) which has been rebuilt many times through the centuries, and includes lots of touches of all those centuries along with many ancient surviving touches. I liked it, I think, much more than Therese and Eileen. It was of a modest size for a cathedral, but I loved the gray stone and the cathedral-style labyrinth in the floor tiles in the middle of the floor.

There was also a cathedral museum which included lots of artifacts from the earliest days. And a nice portico gave us a nice vista over the square in front of the cathedral and the tiniest of breezes. Aaaaah!

Not far from the cathedral was the Maritime Museum. Filling 3 floors of what almost looked like a schoolhouse were paintings and wooden model ships and all kinds of other momentos to Kotor's status as a port city. The highlight for me was a bas relief of St. Tryphon holding his cathedral in one hand while gesturing kindly toward the St. Mark's lion of Venice, indicatin the close relationship between the two cities during the Medieval and Renaissance eras.
The heat was starting to get to us, so we agreed that our next stop should be to eat lunch. We looked for a restaurant with some shade - the options were sitting outside terrace-style, or sitting inside of cramped restaurants with no air conditioning, so while neither of the options were ideal, we settled on the first. We chose the Scorpio restaurant, where the three of us feasted on yummy roasted meats and refreshing local beer and wine.

Full and somewhat rested, we moved on to the St. Luke's Church, really a chapel in terms of size, but a very old one, as old as the cathedral but one of the few town structures to have survived the 1979 earthquake.
Having seen the few things on our itinerary, and having eaten well, with the afternoon running away from us, we were conscious of the time and knew that we wanted to get back to our tender before too late. So after seeing one more church, a 19th century abbey I believe, we made our way back to the slip and waited for our tender boat back to Splendour of the Seas. We all agreed that while we enjoyed our day in Kotor, we didn't feel like we needed more time to see it, and did not feel like we would ever need to go back there.
In my next post, I will finish up the low-points with Santorini, Greece and Split, Croatia.
Posted by Karl at 1:01 PM